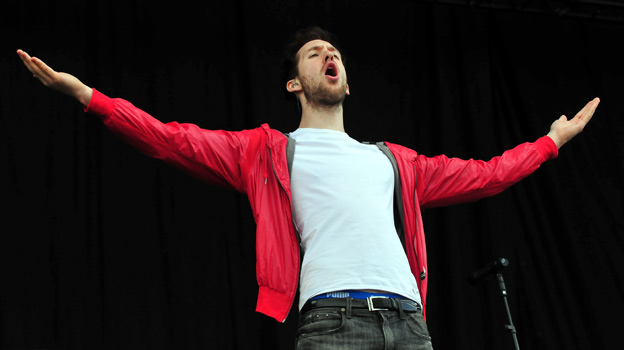 calvinharris: Choked on my cornflakes when i heard new Chris Brown single this morning: http://tinyurl.com/37e44hg

Here’s the video he linked to:

WeSupportBreezy: @calvinharris: fuck you dickhead.. hes a dope artist.. and your NEVER gonna be on the same level he is..

Apart from being able to spell correctly, Chris Brown fans successfully spread the battle all over the internet from Youtube to Facebook. Calvin took the attacks very personally and responded to several of the tweeters:

calvinharris: Way out of the top 200. Does that matter? RT @Rosieleto @calvinharriswere are you in the charts? oh wait your not cause your a bag of wank

calvinharris: Best one for me is ‘You’re in the UK why are you commenting on someone doing way better than you’

calvinharris: STILL getting shit from Chris Brown fans! Now they think i set up an anti-Chris Brown Facebook page. SMH

Check out his Twitter page to see the full convo. His first Tweet was not confrontational and I don’t think he deserved any of the attacks he was getting. Some people said he was trying to get attention, but he didn’t schedule a press conference or call Chris Brown out in an interview, he just Tweeted what was on his mind politely. In any case, thanks to Twitter – and Chris Brown’s producer – Calvin should reach a much bigger audience during the lifespan of this Chris Brown single.

And the surprise ending to the story…

People claim that Calvin wasn’t the first person to use the beat either! Check out the 2007 single ‘Saturate’ from the Chemical Brothers.