Kaskade’s LA Block Party turns into a #flashcrowd, gets shut down by the LAPD

Kaskade’s “Block Party” apparently got too big for the LA streets to handle, and the event has officially been called off by the Los Angeles Police Department. Tweets from the mega artist and our own readers on the ground show us that the streets became a complete madhouse around Hollywood and Highland, where the show was to take place. We’re still sifting through Twitter to find more news, and we’ll update you if we hear more. In the mean time, check out the photos we’ve got embedded for you after the break. If you’re in the area, Tweet us @dancingastro.

Update: Kaskade’s latest tweet asks fans to go home quietly. He writes: “EVERYONE NEEDS TO GO HOME NOW!  I DON’T WANT THIS TO REFLECT BADLY ON EDM OR WHAT WE ARE ABOUT. BE RESPECTFUL AND CHILL OUT!!!”

Update 2: We’ve added a video after the break. Thanks @valentinobpm! KTLA is also reporting that at a police car was set on fire. 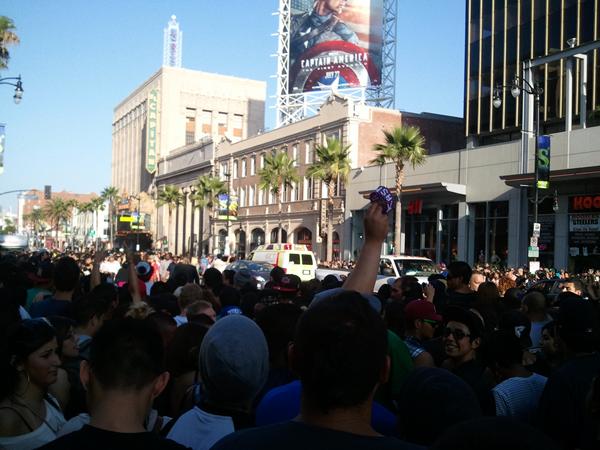