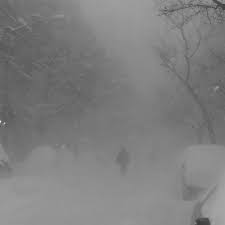 It has been over two years since Cashmere Cat’s last multi-track release, 2014’s Wedding Bells EP, and closing in on a year since he announced he was working on his first full length, to be titled Wild Love. While the producer hasn’t exactly been quiet, having produced tracks for the likes of Kanye West and making multiple appearances on The Weeknd‘s album, fans have been eagerly anticipating the return of focus on the multidimensional producer’s own career.

The Norwegian star has so far released two tracks from Wild Love: the album’s title track featuring The Weeknd and Francis and the Lights and “Trust Nobody,” a collaboration with Selena Gomez. Cashmere Cat continues his collaborative streak with a third single, “Throw Myself a Party” featuring Starrah, 2 Chainz, and Tory Lanez.

Opening with an synth patch reminiscent of a harpsichord, Cashmere Cat quickly eases into the background, providing a firm foundation for the glut of features. The track is a continuation of the producer’s increased lean into explicit pop music, featuring a repetitive hook and heavy vocal presence, while at the same time coyly maintaining his signature sound and tricks within the production’s foundation.