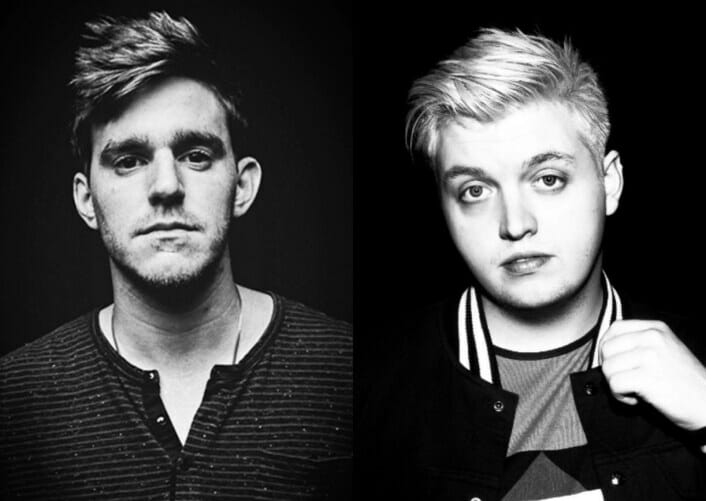 It was just six months ago that bass music heavyweights NGHTMRE and Flux Pavilion released, “Feel The Love” featuring Jamie Lewis, which racked up over 1.4 million plays and was named as one of the heaviest collaborations of 2016. Now Circus Records has released the remix package that features six well-crafted songs from both established artists and promising up-and-comers. With genres ranging from dubstep to house to future and trapstyle, make sure to be on the look out for these hard-hitting tracks as festival season draws near.

Touring artist, ANGELZ, who has played with Tchami and Dr. Fresch, dishes out the first remix with a heavy-hitting bass house track loaded with energy and a driving synth. It’s no wonder this artist has racked over 50,000 followers on Soundcloud, as this artist clearly brings something new to the table in the bass house genre.

Up and comer CYRAN delivers a high-energy track with a moombahton beat that will easily become a fan-favorite. The second drop nods to the song’s bass-heavy roots while also maintaining a spacious, pliable rhythm.

AXEN delivers another heavy remix with a rising trap lead that parallels NGHTMRE and Slander. The track is jam-packed with explosive switches between festival trap and house, before the second drop takes a more bass-heavy turn. AXEN has skillfully pulled off an all-inclusive experience in this innovative three minute and thirty second hit.

LATE brings something new to the table with a bouncy hard house remix that is sure to draw attention from around the world. Though it starts off with a four on the floor beat, the fast paced rendition drops into eight bars of festival trap in a daring switch of energy. The second drop then takes a bold risk and follows the genre-bending graces of Kayzo in a stimulating beat that mixes trapstyle, hard house, and drum-step.

Lastly, Dommix does something different from the rest, giving his own future-spin on the bass-heavy track with massive saw waves and a melodic, chill-out vibe. If you like Flume, Wheathin, and San Holo, then Dommix’s remix will feel right at home.

Listen to all six remixes below.