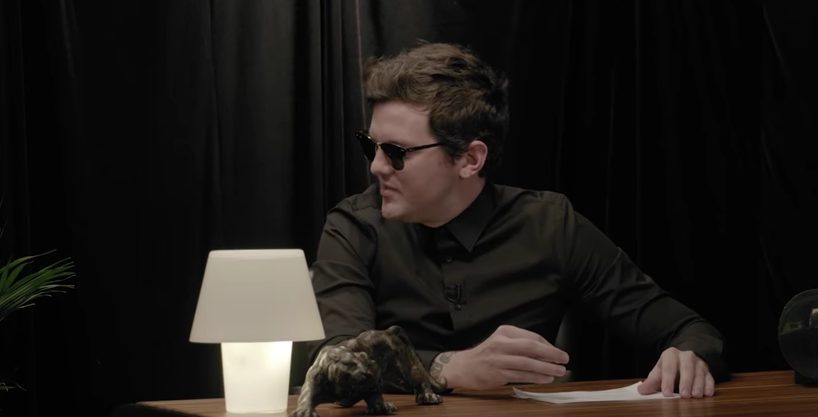 Don’t be fooled by Dillon Francis‘ seemingly frivolous alter-ego DJ Hanzel. Dillon’s well-established alternate personality is actually here to make us think critically about dance music, to take us “one deeper,” if you will. DJ Hanzel, who’s real first name is actually DJ, is the star of a new web series hosted by TBS, that pairs the underground house proponent with some of dance music’s biggest names, from Calvin Harris to Flosstradamus. “One Deeper Talks” features intimate, prodding, and sometimes hard-hitting interviews in new online shorts. Don’t let the show’s Between Two Ferns style undermine it’s content, rather allow its barebones production to lend value to the show’s journalistic credibility.

“Is Skrillex the most influential female DJ for you?”

Tokimonsta shifts in her seat at the gravity of the question Hanzel poses. In another interview, Francis point blank questions superstar Swedish producer Alesso‘s true intentions in the business, asking, “Why do you make music if you’re so beautiful?” In another instance, Hanzel squares up against pop giant Calvin Harris bringing his 5 billion streams into question. Hanzel probes,

“Does this make you the McDonalds of music?”

Reading old tweets, hypnosis, and a genuine offense to Kaskade‘s flip flops are all part of Hanzel’s riveting new interview series. Not to be confused with Deepak Chopra, the self-proclaimed “Deep House Oprah” is taking his side-project to new spaces alongside TBS, and we expect more “One Deeper Talks” will certainly be underway soon.

Listen to DJ Hanzel & Drezo’s remix of ‘Need You’