It seems that Bassnectar has long been yearning for the days of nineties raves. Last fall came his “undisclosed location, underground” warehouse party in Atlanta, GA, which, turned out to be a massive production in and of itself with little remanence of 1990s rave culture. Next up comes his New Jersey “Basslantic City” event, to be held April 28-29, which also carried the “secret location” allure of 90s rave nostalgia, at least until the convention center location was revealed some months beforehand.

Today, April 18th, the Bassnectar team announced a brand new event, “Bassnectar Freestyle Sessions: Colorado,” to be held at one of Denver’s larger venues, 1st Bank Center. Ashton took to his official blog to elaborate on the 3-day event, “We are removing the stage, building a little dj booth for various humans to jam out inside of…the way dance parties used to feel.” As for the music, Ashton continues on what one can expect to hear:

“…throwback jams into the acid jazz and downtempo trip-hop of the ’90s, old school funk and soul and experimental hip-hop, futuristic bass music, unreleased tracks never played before, and old classics which we haven’t heard in years.” 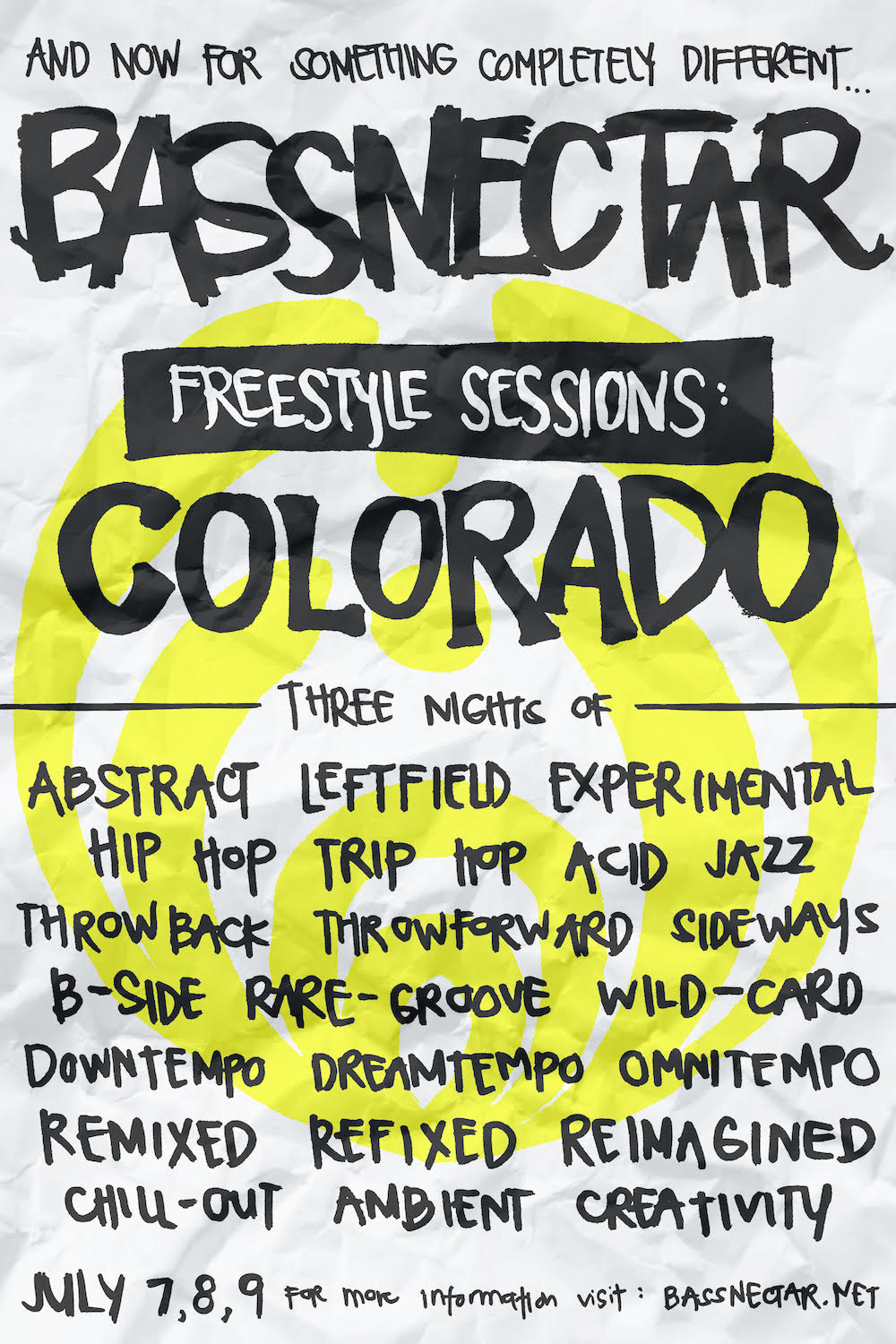