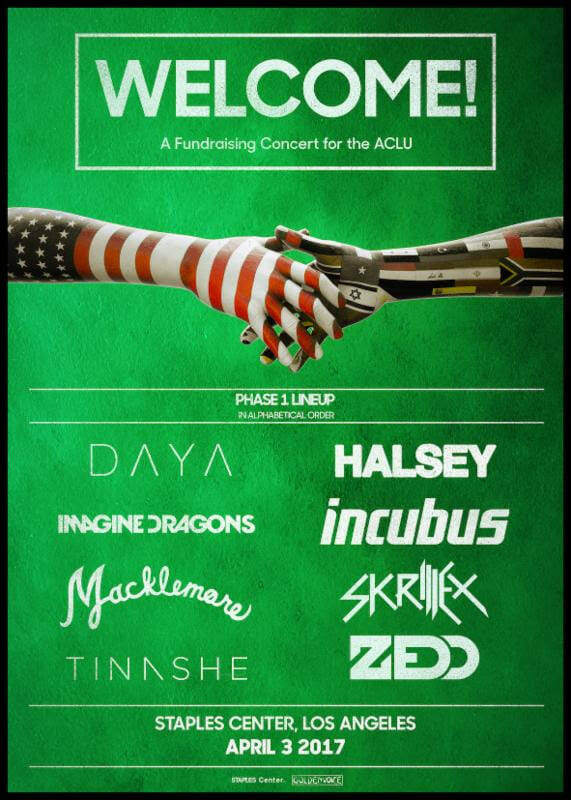 Zedd’s much publicized ACLU charity concert “WELCOME!”, which promises to raise awareness and funds — all proceeds go directly to the ACLU — for the organization’s exploits, will be streamed live today via YouTube. Zedd’s production largest charity show since the presidential elections that ostensibly inspired it and is set to be held in Los Angeles’ Staples Center. The likes of Incubus and Skrillex, among an eclectic number of other talented musicians, will be joining Zedd for the performance..

We’re going to be live streaming the WELCOME! concert on @YouTube as well.
Support the @ACLU, get tix or merch at: https://t.co/TCN3j4HKk0

The concert begins at 7pm PST.