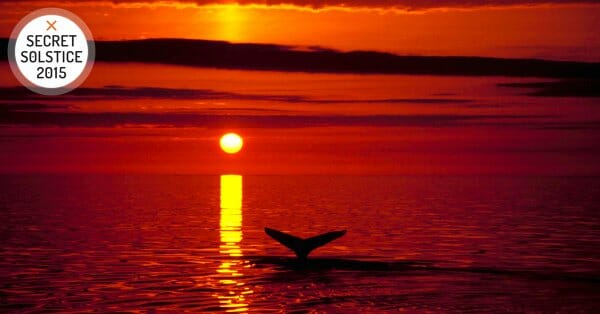 The fourth edition of Secret Solstice is returning to Iceland, but the festival is not the only attraction for music lovers from June 15-18. This year, fans can look forward to three incredible side parties put on by festival organizers: Into the Glacier, The Lava Tunnel, and Midnight Sun Boat Party.

Into the Glacier is, as one might expect, a series of parties inside of an actual glacier. Taking place in the second largest glacier in Europe, the one-of-a-kind event is an exclusive party for only 125 lucky guests (tickets here). Into the Glacier will take place for three days and each day will have a different vibe. The party inside the Langjokull glacier will feature two days of DJ sets and one day of an acoustic set.

On Friday, June 16, attendees will get to experience Oslo based producer BAYA. Saturday June 17 fans can see Dusky with Thugfucker hosted by Ministry of Sound DJing the glacier venue. The London-based duo that make up Dusky will play alongside them in the ultimate techno lover’s dream. On June 18, DJ sets will be traded in for a rap and hip hop party sponsored by Tag Heuer. The lucky guests will be able to watch Anderson .Paak and Icelandic Hip Hop artist Blaz Roca.

The Lava Tunnel is the second Secret Solstice side event that will be held this year. Taking place on both June 17th and 18th,The Lava Tunnel is even more exclusive then Into the Glacier, with only 50 tickets (here) being sold for each day. The Lava Tunnel will take place in the Raufarhollshellir cave system, which was formed over 5,000 years ago in a volcanic eruption. Icelandic Pop/Rock musician Helgi Björnsson will be performing with singer-songwriter Ása on Saturday June 17. On Sunday June 18th, The Lava Tunnel sponsored by 66 North will feature Indie Rock connoisseur Hogni with musician Snorri Helga.

Enter to win a pair of tickets to the dream festival, here.