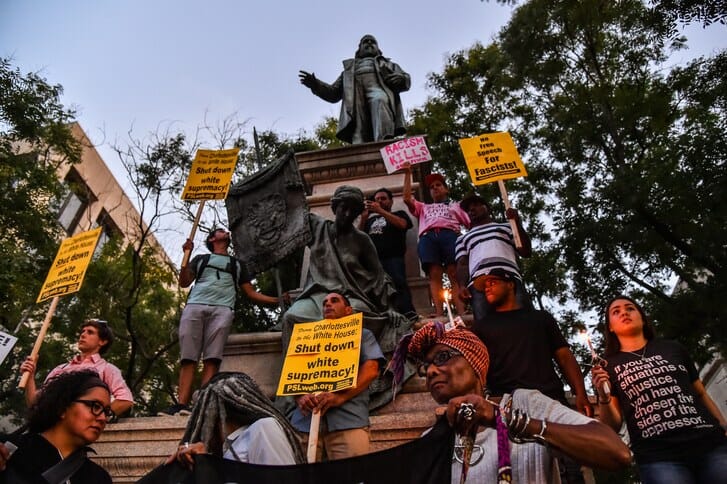 In light of the fatality and multiple injuries that occurred as violence erupted a white supremacist rally Charlottesville, Virginia over the weekend, many artists have come forth to express their sentiments about race relations in the United States. Twitter has served as the main platform for artists in the dance music industry to come forth with messages conveying their responses to the events that have transpired over the past several days.

Bangladeshi DJ and producer, Jai Wolf tweeted the following, which began the interaction:

if you’re white, ask your minority friends how they’re doing and how you can be an ally. listening goes a long way.

If you’re white, black, asian, hispanic, Icelandic, or human in general – ask how you can help, not generalizing one race goes a long way https://t.co/5zp5gEqOEt

your rights aren’t and have never been in trouble

After many responses that call him out for his original statement, Ghastly tweets,

I think this is an important open dialogue I’m learning a lot of things from you guys glad we’re talking keep your minds open :)

Indonesian artists, Hotel Garuda then responds to Ghastly after his tweet,

Ghastly, centering the argument around himself, asks these artists who are POC to “put urself in my shoes.”

This isnt a “woke” thing its me being genuine I want to help fully – but being called the enemy simultaneously.. put urself in my shoes

nobody is personally attacking you like it’s your fault these things are happening, just trying to remind u that (1/2)

2/2 you’re safer BECAUSE YOU’RE WHITE and other ppl don’t have this luxury, because they’re minorities

Herobust then tweets at Hotel Garuda expressing his sentiment as a white person, saying that white people need to do better,

I welcome the sentiment that white people should be putting forth the most effort here.

I love all of you guys why can’t we all just be friends? We’re all trying to achieve the same goal and message let’s work together

Hotel Garuda speaks up against Jauz, his tweet says,

it’s not enough to say “why can’t we all just get along no matter what our race is?”

At the end of the fracas, Ghastly released a statement via Twitter in response to the entire conversation. In it, he expouses his respect and friendship for all the producers involved and reiterates that, regardless of the previous argument, he is an ally to all of those who experience racial prejudice in these volatile, uncertain times.

Last tweet about all this nonsense then moving forward. Please read it all before you respond. Thanks pic.twitter.com/ut2XDBMEsC