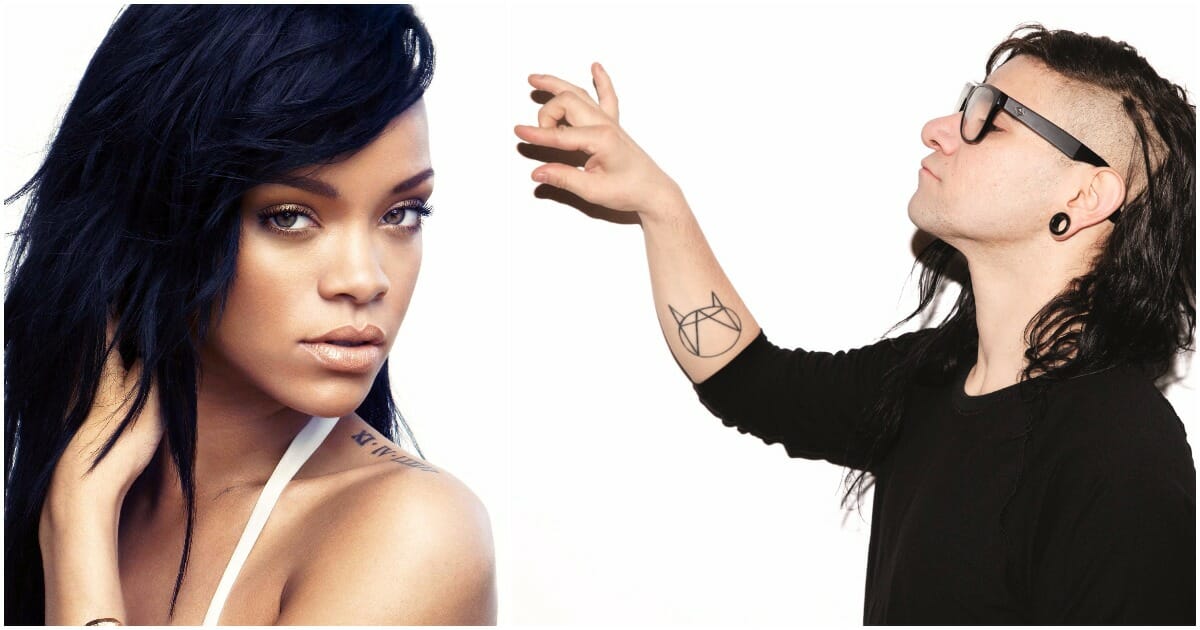 BREAKING: Skrillex and Rihanna have written a song together with blackbear

“In this world, nothing can be said to be certain except death and taxes,” Benjamin Franklin famously wrote. As tried and true as the Founding Father’s aphorism has proven to be over the course of history, it could use an update in the modern dance music industry. For, as inevitable as death and taxes shall always be, the seemingly endless abundance of high profile collaborations in Sonny Moore’s pipeline has become an equal certainty.

The latest news to break on the topic will apparently see Skrillex join forces with Rihanna. Details surrounding the project are currently sparse, and have been revealed with little fanfare. Last night, R&B artist blackbear asserted in his Snapchat story that he wrote a song in London with Rihanna, Skrillex, and Corporal, succinctly appraising the outcome as “v good.”

Skrillex and Rihanna have not publicly commented on the collaboration, but should this song come to fruition in the studio, it will mark the producer’s most high-profile collaboration since his work with Justin Bieber.

LISTEN: Dog Blood are FINALLY back with NEW music

<< Illenium releases ‘Crawl Out Of Love,’ announces sophomore album The Chainsmokers’ ‘Closer’ has now been in the Top 40 for an entire year >>