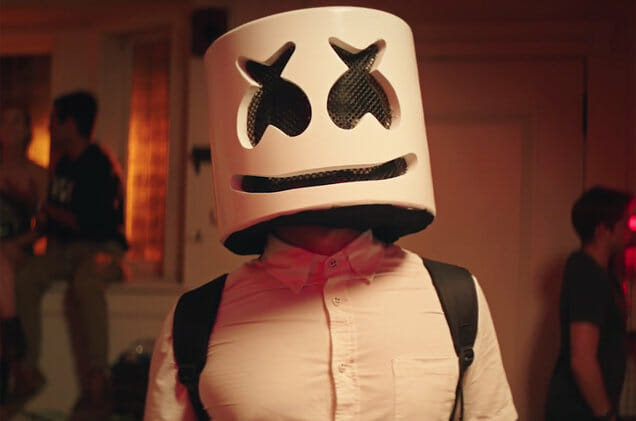 Marshmello To Sing On Newly Announced Single ‘Me & You’

After giving his condolences to hurricane victims with a donation of $100,000 to Red Cross, Marshmello has made it clear new music is on the horizon. He’s since announced through Twitter and other platforms that October 20 will be his next release. This particular track will be different than any other, however, and it will feature the masked fluffball himself providing the vocals.

“New song coming Oct 20th called me & you. A little nervous because I sang on it but I think you guys will dig it”

It will certainly be intriguing to hear Marshmello work his singing muscles on what’s likely to be another youth-pleasing, mainstage-ready future bass concoction. Chances are high the vocals will be heavily autotuned, shrouding the producer’s true abilities. However, the piece will surely be pleasing nonetheless.

Tags: Marshmello, marshmello singing, me and you