Pete Tong continues to demonstrate his status as one of the foremost tastemakers in dance music by assembling a truly dynamic cast of artists to perform at his Ibiza Classics showcase at the Hollywood Bowl. Internationally renowned electronic music icon Moby will headline a lineup that also includes guest vocalist Aluna Francis of the lauded UK supergroup AlunaGeorge, Guy Gerber, performing his first live show in over four years, and Manchester native Bipolar Sunshine. Conductor Jules Buckley and the sixty-piece Heritage Orchestra will also be a part of this tremendous night of musical exploration.

As one of the most iconic music venues in the United States, the Hollywood Bowl is an ideal location for this groundbreaking evening of music. Tong’s vision will come to life as he and the Heritage Orchestra revolutionize the quintessential dance tracks that have defined the White Isle and dance floors around the world. Timeless classics from the likes of Booka Shade and M.A.N.D.Y.’s Body Language,  Fatboy Slim’s Right Here, Right Now, and Eric Prydz’ Pjanoo will be reimagined in bold new ways. Tong obtained his first number one album earlier this year with Ibiza Classics and after selling out multiple shows at London’s O2  Arena, the BBC Radio 1 legend is ready to bring his innovative show to one of American soil. 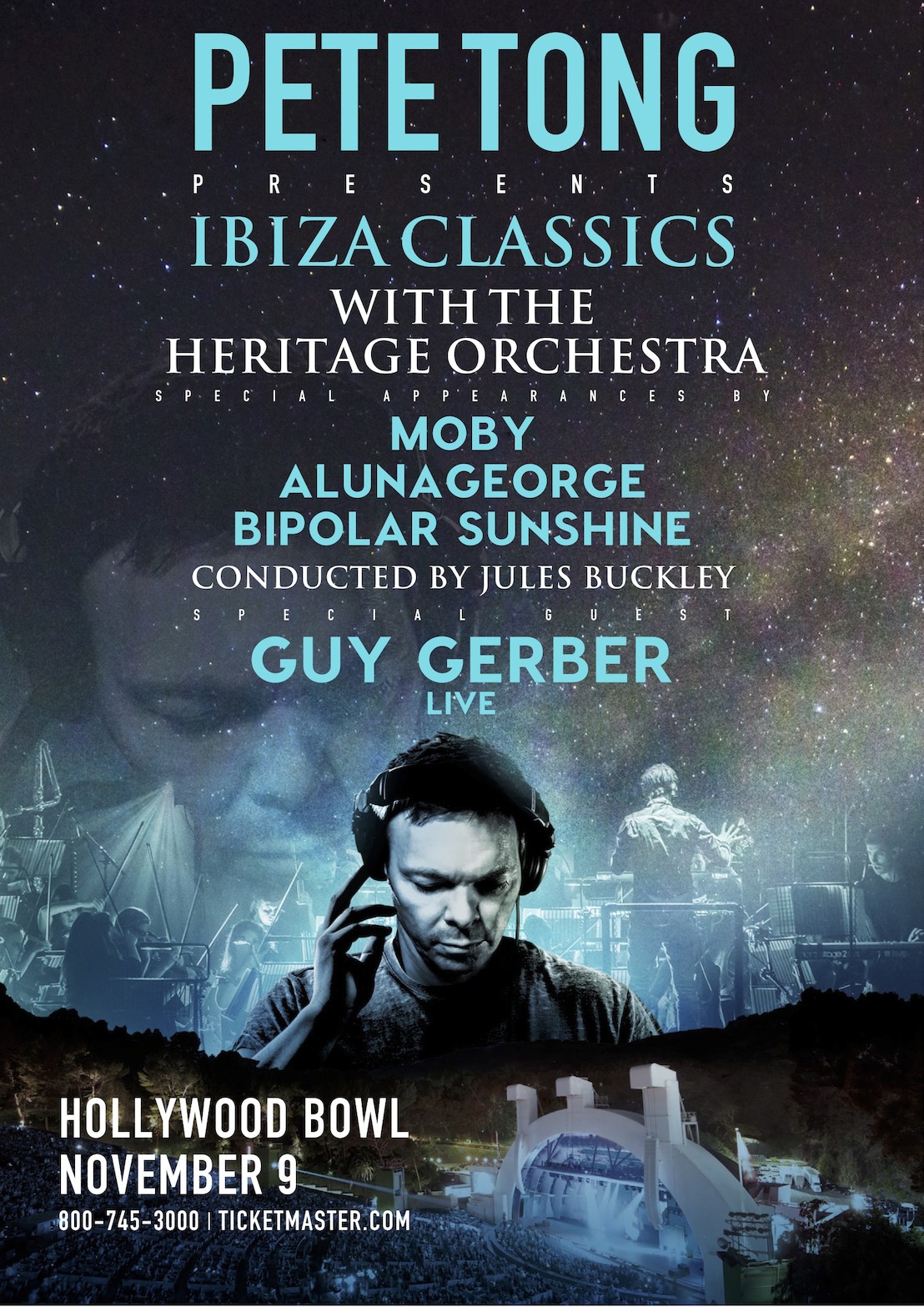