LA-based super producer TOKiMONSTA is finally back to doing what she does best. After a long road to recovery from the brain condition Moyamoya, TOKiMONSTA has released her highly anticipated new album Lune Rouge. With her third full-length album, the Young Art Records boss takes fans on a mesmerizing, and distinctly personal journey. It is truly a triumph of TOKiMONSTA’s musical spirit, which was tested after her recent health battle and the difficulties she faced against Moyamoya. The condition forced her to relearn her most basic functions, including how to talk, walk, and make music. However, now that she is fully healthy, TOKiMONSTA wants to inspire fans once again with her groundbreaking production on display in this 11-track album.

Lune Rouge brings together a wide array of collaborators, from Yuna, Isaiah Rashad, Joey Purp, SAINTS, Selah Sue, Ambré, MNDR, and Io Echo, highlighting TOKiMONSTA’s mastery of numerous sonic styles. Always one to push the envelope, TOKiMONSTA is enhancing listeners’ experience by releasing a special interactive VR version of the album on October 8 to Vive or Oculus Rift VR headset owners. Listeners can now dive into the immersive world of Lune Rouge, explore a virtual world inspired by the album artwork, play around with its music, and more. 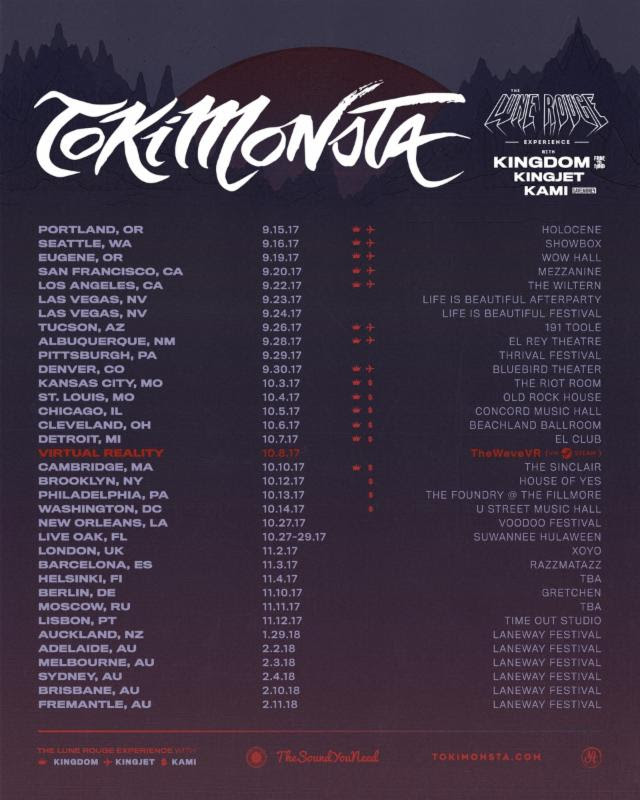