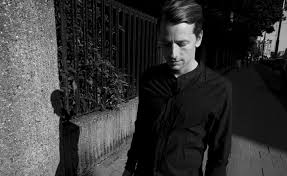 Bart Skills returns to Drumcode with ‘Bells Of The Revolution’

Bart Skills, one of Holland’s most sought after techno artists and relentless Drumcode contributor, has now released his sixth EP Bells Of The Revolution on the Swedish label. For years his releases have been a staple in none other than label founder Adam Beyer‘s own DJ sets and mixes. He has reached such acclaim that over 15 thousand gather yearly in Amsterdam for his gigantic outdoor festival, Voltt Loves Summer, put on by his own Voltt imprint.

The most notable on his robust, four-part EP is its the title track. With its dynamic, melodic repertoire of synthesized bells awakening from a jarring acid bass line, the driving techno track is brims with dark delight.