Five months have passed since Aaron Joel Mitchell ran head on into a wall of fire at Burning Man’s pinnacle celebration as the weeklong festival drew to a close. The 41-year-old — based in Switzerland — charged past Black Rock City safety rangers, who were tasked with tackling any one who tried to run towards the giant flaming effigy, and either tripped or deliberately jumped into the flames just as the fire was starting to die down. He died in a hospital 24 hours later.

The Sacramento County Coroner’s Office officially ruled Mitchell’s death a suicide, though his physical cause of death was “cardiac arrest, bodily shock, and third-degree burns on 97 percent of his body.” Still, friends and family of Mitchell have questions over his tragic death that will never go answered. 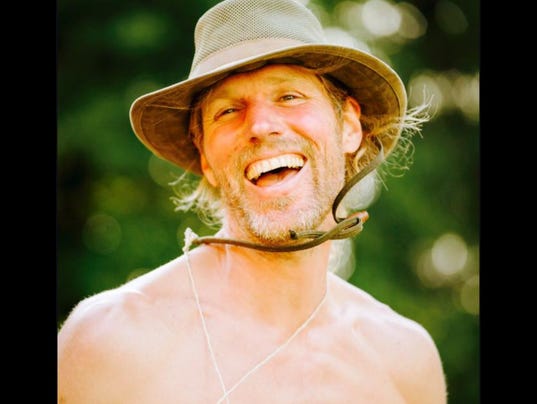 Photo provided to the Reno Gazette-Journal.

“[T]hat’s one of the hard things, we don’t know why it happened.” said Mitchell’s mother, Johnnye Mitchell. His mother was unaware of any mental health issues, she said, and he was never a troublemaker. He had more friends than she could count, evidenced by the friends that showed up from all over the world to attend the multiple memorials held in his honor.

“Honestly, he was the closest thing to Jesus, in a new age way,” said a close friend who was with Mitchell the entire week before he ended his life. Mitchell avoided drug use and drank modestly throughout the burn. He even cashed in before 10pm each night, which friends attributed to him being exhausted from the heat. While Mitchell slept, his friends would take out his phone to capture selfies of overnight shenanigans and return it to him in the morning hours.

Mitchell was attending Burning Man for the first time last year, according to his mother, after traveling directly from the Oregon Eclipse Gathering. He phoned his mother while on the road from Oregon to Nevada, where she says Mitchell sounded “festival’d out.” It was the last time she spoke to her son.