Virtual Self & the State of Electronic Music: Keeping art authentic in the face of a swallowed up culture

Porter Robinson is either a tortured soul, or the “tortured artist” personae is one that works to his favor. His love of electronic music and simultaneous disdain for “EDM” culture is a complicated and genuine struggle, much like his highly self-critical relationship with his own music. But there’s something authentic and thoughtful in the way Robinson goes about creating art. Here is a guy who publicly lambasts his own style for becoming too stale or no longer honest. He has also been both artistically and commercially successful at once — something producers may work their whole careers to achieve, which Robinson had already accomplished at the ripe age of 21 when he debuted his electrifying Worlds project.

Porter Robinson incorporating live vocals on his Worlds Tour in 2014

Revered by his fans and respected by industry veterans alike, the now 25-year-old artist embodies a legacy much bigger than his music or visuals could convey. Over the years, he’s fostered a creative space for a global community to connect with spirituality and find purpose in his work. With an artistic inspiration entrenched in video gaming and Japanese anime, Robinson stays ahead of the game by not bothering to compete with anyone.

“I didn’t have this goal to be the next number one DJ in the world. I just kept taking the opportunities that we given to me and doing my best,” he once told BeatsRadio. Because of this, he’s developed a niche that allows him to be wholly genuine in his approach, consequently influencing fans and fellow artists to value substance over surface and to pursue their passions at all costs.

Just weeks after a surprise performance on Holy Ship! and one month prior to his debut festival appearance at Buku Music + Arts Project, a certain e-mail was leaked in which Robinson introduced his Virtual Self project and his rationale for making such a move. The letter itself was revealing and personal, but so is Robinson despite his aversion to the public spotlight. Robinson speaks to pop’s infiltration of electronic music and voices concern over artists who’re compromising authenticity for the safety net of a chart-topping hit. His ultimate goal with the project, per the email, was to reignite creative risk-taking.

“[E]lectronic music is at its best and its healthiest when new, exciting, unexpected things are happening. This is a genre that thrives on novelty.”

Yet, while he certainly alludes to such, Robinson never explicitly discusses the state of art in the context of latent capitalism. And that is precisely what is missing in his lamentation over the loss of artistic originality.

This begs the question: Why are artists quick to discount, or often times uncomfortable even mentioning, art’s relationship with money and capital?

Art for art’s sake? Or art for money’s sake?

“As electronic music essentially converged with pop in 2016…I think it’s pushed a lot of artists away from risk-taking and passion projects. In the last two years, for most artists, all they really had to do was compromise their style by like 30% and add a safe, inoffensive tropical vocal to have a chance at having a hit — and I think for many, that temptation was too much.” – Porter Robinson

In today’s hyper-commercialized culture, some musicians hold steadfast to the notion that art is art first and foremost. That is, money comes secondary to creating a genuine expression of one’s self. This creates a quandary for artists like Porter Robinson. First, because it’s a luxury only commercially successful artists can afford to make. Second, because it’s a claim that rests on an outdated, modernist mode of thinking.

The fact is, Robinson wouldn’t be in a position to take huge artistic risks had he not garnered the widespread support of prominent labels like OWSLA, Anjunabeats, Universal’s Astralwerks and Ministry of Sound. How did he do this? By hopping on the “big room” train and playing packed-out stadiums on Tiësto‘s Club Life: College Invasion. Robinson was able to go onto pursuing future passion projects like Worlds, his “Shelter Tour” with Madeon, and now his Virtual Self alias — all the while enjoying monetary success — precisely because he had compromised artistic identity at the onset. 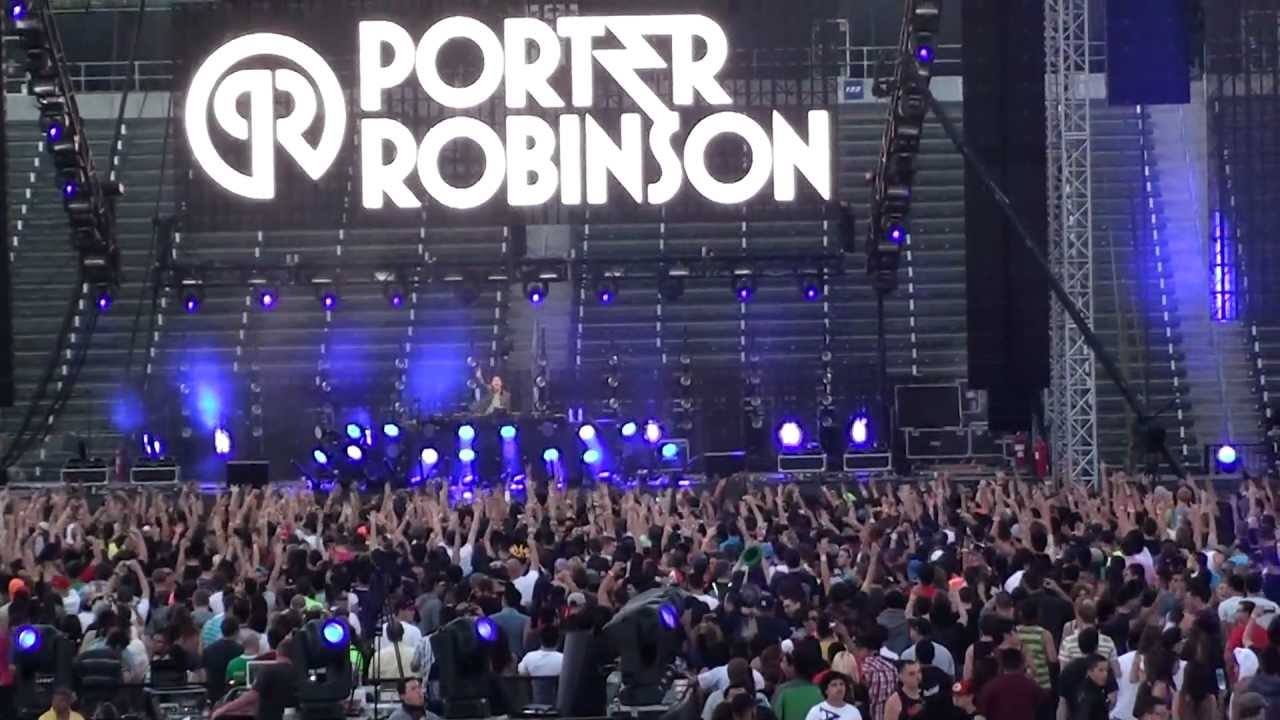 It’s no secret that Porter Robinson grew quickly tired of a commercial EDM scene centered around formulaic songs with their timed builds and beat drops — a scene which was also responsible for his success. The point of disconnect for himself, and other artists, rests between the passion for creating art and their disdain for the ubiquitous money-making side of the music industry. Therein lies an inescapable truth: music is an industry, through and through, and the pervasiveness of capitalism plays a vital role in how one’s art reaches the masses.

Therefore, art doesn’t exist in subservience to money, or vice-versa. The postmodern collapses this distinction. In a postmodern world, money and art exist in a cyclical relationship — they are constantly coming back to one another, fighting with the other, and, yet, are codependent on each other.

This is the intersection at which Robinson’s outward struggle with art and authenticity lies. It’s a problem of postmodernism. Or perhaps it isn’t a problem at all.

Art is a copy of a copy. So what is authentic?

Exposed, vindicated, and honest, Robinson is poised as a tastemaker to influence dance music trends. The producer has dabbled in big room, complextro, and now seeks to fuse trance and happy hardcore with his Virtual Self identity. Robinson states his new project’s objective is to morph 2001 tropes of dance music and update them for a 2017 production sensibility.

The stance reflects the very contradiction of postmodern art that we’ve been encountering since Andy Warhol’s famous depiction of his Campbells Soup Cans. Crucially, Warhol showed that art is a commodity and a commercial business, and that the commodity is a fetish in capitalist society. Like Warhol, Robinson finds himself knee deep in the thick of postmodernism — by imitating art. The act of imitation sanctifies art as a commercial activity, affirming and celebrating its commodity status.

Inevitably producers will soon piggyback on the style of Virtual Self just as others mimicked the style of Robinson’s Worlds, especially as they see his new formula successfully selling records. In this regard, capitalism is the same metaphorical beast that The Beatles evoked in Yellow Submarine — a beast that swallows up everything in its path and, as it runs out of things to swallow, ends up swallowing itself.

This is the state of art in latent capitalism, as “new” art becomes a copy of its original, and then a copy of a copy, until consumers have forgotten where the art originated. Likewise, how many dance music enthusiasts can describe what classic genres influenced the birth of techno? Or what city house music was born in? How many can even name the multitude of genres that fall under the umbrella of EDM?

Electronic music is, by its very design, a postmodern process, as evidenced in how producers pastiche various styles and genres of music together to tell a different story.

“I want to convey a certain kind of ‘new nostalgia’ and resuscitate some things that have fallen out of fashion, especially from the early 2000s.”

The postmodern collapses not only the distinction between the old and the new, but also the gap between “highbrow” and “lowbrow” art. By the same token, the work of Virtual Self isn’t something new or original; although it may be an exciting spectacle to behold.

The quandary for Porter lays in his pursuit of the authentic, resting on the modernist belief that what Virtual Self is doing is somehow “high brow,” or more authentic; while making the inference that those who pursue “safe, inoffensive” artistic choices, by not taking risks, are pursuing lower forms of art.

“I really, really, truly, love electronic music, and I want it to be as good as it can be. I hope that by doing something unexpected, I can shake things up and hopefully inspire other artists to do something weird.” – Porter Robinson

So what do we do as creators and consumers of art to preserve its sanctity?

Ideologically, we might stand to collectively change the way we think about art and authenticity. Authenticity is not some modernist dirge, but a postmodern undertaking. What is authentic to one’s artistic process may not be to another. Authenticity then boils down to whatever is honest to one’s own human experience. Given how his Virtual Self identity is rooted in the fragmented nature of online identity, Robinson seems to understand what it means to live a postmodern life. Yet, Porter’s struggle over authenticity is evidence to the fact that we are still coping with the modernist sentiments of yesteryear in our postmodern time.

“And to be totally clear, I don’t think that Virtual Self, early 2000s trance, or digital abstract art are the solution or the future at all.”

Artistically, Porter is doing everything right! That is, he is evoking his Virtual Self identity to change the way music is experienced. At the same time, he is evoking his privilege as a commercially successful artist to package a different sound to the masses — a feat that would be much more difficult without the name recognition he earned from his earlier, safer pursuits.

If, as the postmodern turn suggests, the sanctity of art lays in its commodity status, then what is hallow about songs packaged onto iTunes for $1.99 a pop? Why the experience of course! The experience is the key to the spiritual domain, or the feeling of human connectedness. That is something capitalism can never imitate or reproduce. What Porter Robinson and artists like him understand so well is that the solution lays in experiencing music live. 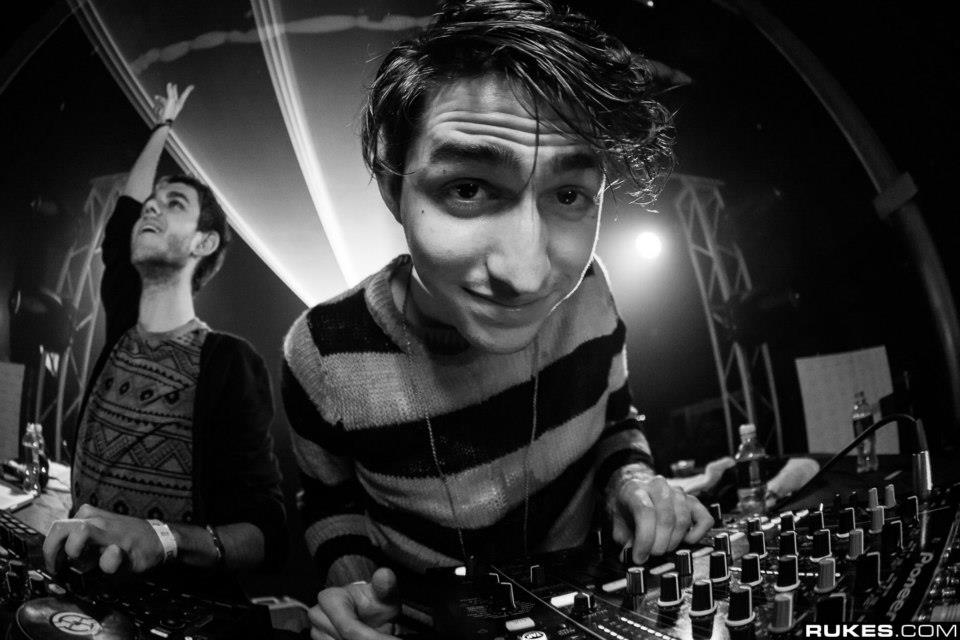 Thus, we return to the original point at hand: Robinson is neither the first nor last artist to straddle the contradictory space between art as a tool of honest self-expression and art as a commodity good. The aim of this observation is certainly not to condemn anyone who pursues art to make a living, but rather to unearth the many contradictions associated with living in capitalism.