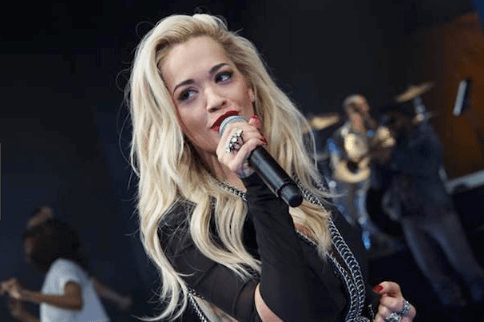 Rita Ora: Kygo’s ‘It Ain’t Me’ was written about me

Rita Ora stood in for Selena Gomez during Kygo’s live performance of the Gomez-assisted single, “It Ain’t Me,” at Coachella.

“We have been trying to work together for awhile, and he just called me and I couldn’t say no,” Ora said. “He asked if I could do him the favor of singing the song, and I loved that song. It was written by my same writing camp, so I already knew it. I was like, ‘Easy! And I’m [already] here!’”

Ora went on to claim that she served as the inspiration for the song’s composition: “You want to know a funny story about this song?” Ora asked, “The guy that wrote the song with his team — my writing camp — who I’m also seeing, wrote that song about me.” The “guy” Ora references is her boyfriend, Andrew Watt. “We’ve had so many ups and downs, and we’ve had a lot of nights at the Bowery, I guess,” Ora added. “It was funny to sing it.”