Dancing Astronaut’s Ones to Watch in 2019

The dance music landscape of 2018 is more varied than it’s ever been. Artists of today show no fear in breaking free from the styles for which they’re known, leading to some of the most innovative and intriguing productions we’ve ever seen. This time of year, we take time to reflect on artists who have really come into their own in 2018 — and who show unparalleled promise in the years to come. The following artists have shown unrivaled creativity and have steadily garnered a fan base that’s embraced their inventive spirit.

Without further ado, we present our Ones to Watch in 2019 compilation. 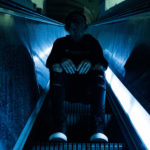 The deadmau5-housed mau5trap has proven itself in recent years a breeding ground for fierce, albeit offbeat, talent. Its newest young gun, i_o, has spent 2018 serving up some of the most nuanced techno and dark electro in the electronic atmosphere, with his middle finger perpetually pointed at convention and genre elitists, most acutely by way of his internet sensation “Not Techno.”

The dark shadow and computer-hacker-esque persona the producer has cast over his alias has incited widespread intrigue. Abundantly inspired by the mau5 himself, i_o’s productions are liable to send tremors and a dose of madness through any dance floor. From his debut EP, ANALOG//DDoS, to his most recent hypnotic, low-end-wielding Low EP, i_o doesn’t ask for his listeners attention, he implores it. It’s not a glitch in the matrix; it’s i_o. 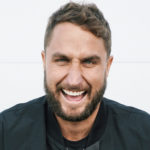 It’s difficult to fathom a more meteoric rise in dance music than Fisher had in 2018. Outside of the cadre of Cut Snake devotees, the brashly blithe Australian artist was virtually unknown prior to this year. Yet, as the year draws to a close, Fisher has become all but ubiquitous through befuddlingly basic, but expertly-produced tech house productions.

After “Stop It” and “Crowd Control” swiftly became festival favorites across an eclectic array of DJs’ decks, he solidified his legacy earlier this month with a Grammy nomination. Love him or hate him, anyone who doesn’t consider Fisher an artist to watch in 2019 is, unequivocally, “Losing It.”

Hugh Cleal and Bryan Jones were born in the Detroit underground, throwing parties and building their credibility among local and international talent alike. However, it’s in 2018 when Golf Clap really started to break into the limelight as house music connoisseurs.

The duo is stellar behind the decks, receiving support from Sirius XM with a live broadcast of their AMF Music Festival set on Diplo’s Revolution (as well as an official Cookout mix premiered by DA). Their DJ skills also translates to seamless remixing ability, with groovy official remixes for Zeds Dead & Illenium on Deadbeats, Louis The Child on Interscope, rising indie-pop duo Broods on Atlantic, and more. They’ll head into 2019 with boundless forward momentum, ringing in the New Year at Spybar Chicago and gearing up to provide direct support for AMF curator Destructo at 45 East Portland. 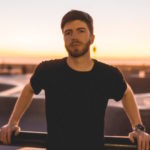 2018 is the year Spencer Brown‘s illusions became his truth. His debut album on the ever-influential Anjunadeep, Illusion Of Perfection served as the invariably expedient vessel to his success this year. The album is nothing short of progressive house éclat, with its halcyon aesthetic and journey-like vigor. Unsurprisingly, the otherworldly project gave life to its name, permeating through respective charts.

The authentic and expectation-eclipsing nature of the young San Franciscan native’s sparkling productions have raved across EDM airways, amassing plays from Electric Area to Tommie Sunshine to Pete Tong. With support from the likes of industry excellence like Above & Beyond in his corner, Brown is poised for another outpour of greatness in 2019.

Few artists amass more than 8 million streams on their very first single and follow up with a high-profile collaboration for their second. Ever fewer receive the support of artists such as The Chainsmokers, Don Diablo, and Gryffin within six months of starting in the industry. Dylan Lee and Kyle Girard have done just that within their first year as public-facing artists, producing music under the moniker Midnight Kids.

Debut single “Find Our Way” went onto become a BPM-breaker on SiriusXM, and follow-up single “Serious” featuring Matthew Koma hit 1 million streams in less than a month. One of the duo’s first live performances was opening for Alesso in Los Angeles, and as the year is coming to a close, they have had six releases featured to Proximity. Midnight Kids have achieved in one year what it takes many newcomers years to achieve. If 2018 is any indicator of what to expect in 2019, fans can prepare to be hearing a lot more of them.

1788-L saw a major rise in prominence in 2018 through deliberate remix work of artists like Daft Punk, Virtual Self, Kraftwerk, and Skrillex. The glitched-out, cinematic, headbanging rhythms from the computer-focused hidden figure found their way on REZZ‘s Certain Kind of Magic album and Illenium‘s “Sound of Where’d You Go” Awake remix album. He also did official remixes for The Glitch Mob and RL Grime.

In addition to these massive collaborations, 1788-L released a debut EP, S E N T I E N C E, which showcased the artist’s unique, narrative style and precise sound design. The producer also supported REZZ and Ekali on tour, while playing as a surprise guest at Das Energi in Utah, and for the new year is a part of Texas’ Lights All Night lineup. 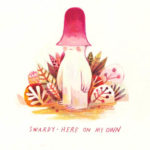 Since 2011, The M Machine‘s Ben Swardlick and Eric Luttrell have wowed fans with OWSLA releases and first-rate remixes for the likes of Bruno Mars, Madeon, Empire of the Sun, and more. In 2017, they made their first appearance on Mat Zo‘s Mad Zoo label, releasing their debut full-length, Glare.

In recent years, the duo have been trying their hands at solo projects, with Luttrell joining the Anjuna family and Swardlick striking out as Swardy. Following a debut release as Swardy for Robotaki‘s “Restless,” Swardlick unveiled his first original, “Here On My Own,” which caught the ears of fans across the music spectrum (and Porter Robinson!) with its calming vocals and minimalist instrumentals. It made the perfect opener to what would later become the full-fledged Here On My Own EP, which was released on Mad Zoo in July to much praise. Time will tell what Swardy has in his arsenal, but it’s guaranteed to be innovative and as refreshing as Here On My Own.

In a short amount of time, Nitti Gritti has become an EDM household name. The Miami-based producer polished off 2017 with a massive EP on Tchami‘s CONFESSION and dove headfirst in the new year with a well-received dubstep original, “Crack.” Flexing his versatility, Nitti Gritti teamed up with Wuki to produce Enrique Iglesias and Pitbull’s “Move To Miami” and followed it with an alternative rock-based EP in June.

Nitti Gritti’s final body of work of the year, Drive, was delivered via Mad Decent in October, but he didn’t slow there. His November remix of Dillon Francis‘ “White Boi” garnered attention for its use of heavy-hitting jungle terror drums, and he capped 2018 with the bass-filled “Forbidden Kingdom Anthem” for the Florida festival’s inaugural edition in February.

The buzz around WHIPPED CREAM has been steadily gaining momentum since her debut in 2015, but 2018 has been the year she’s really started to make her mark. With her DJ skills as her backbone, WHIPPED CREAM has built a unique artist act born in bass music, but with hip-hop and melodic influences that have provided a signature all her own.

After making her first big statement in 2017 with a debut EP, this year brought WHIPPED CREAM to a new, more confident freedom in her music. Three singles, “Blood,” “Bad for Me,” and “LUV,” marked a new era of partnership and support from the dance legion at Big Beat Records. Now armed with sold-out shows and a solid footing in her musical style, WHIPPED CREAM is gearing up for big things in 2019.

Deathpact rose from the ashes after “Life & Death,” a collaboration with REZZ, off her sophomore Certain Kind of Magic album. Since then, the mystery-shrouded has released two EPs, Cipher One and Cipher Two, collecting multiple New Music Friday releases off Spotify. The high-caliber bass house productions, immediate press exposure, and a reprise of ODESZA‘s “Loyal” supported by Harrison and Clayton themselves has caused the electronic community to ask questions about the talented and connected person behind the calculated brand.

Fans started a chat room on Discord to explore the mystery and bring hypothesis as to the producer’s identity. Through cryptic websites and encoded text messages, Deathpact reached the coding community enthralled in darkness, mystery, and complex identities. The enigma hasn’t even started touring yet and is already on the watch.