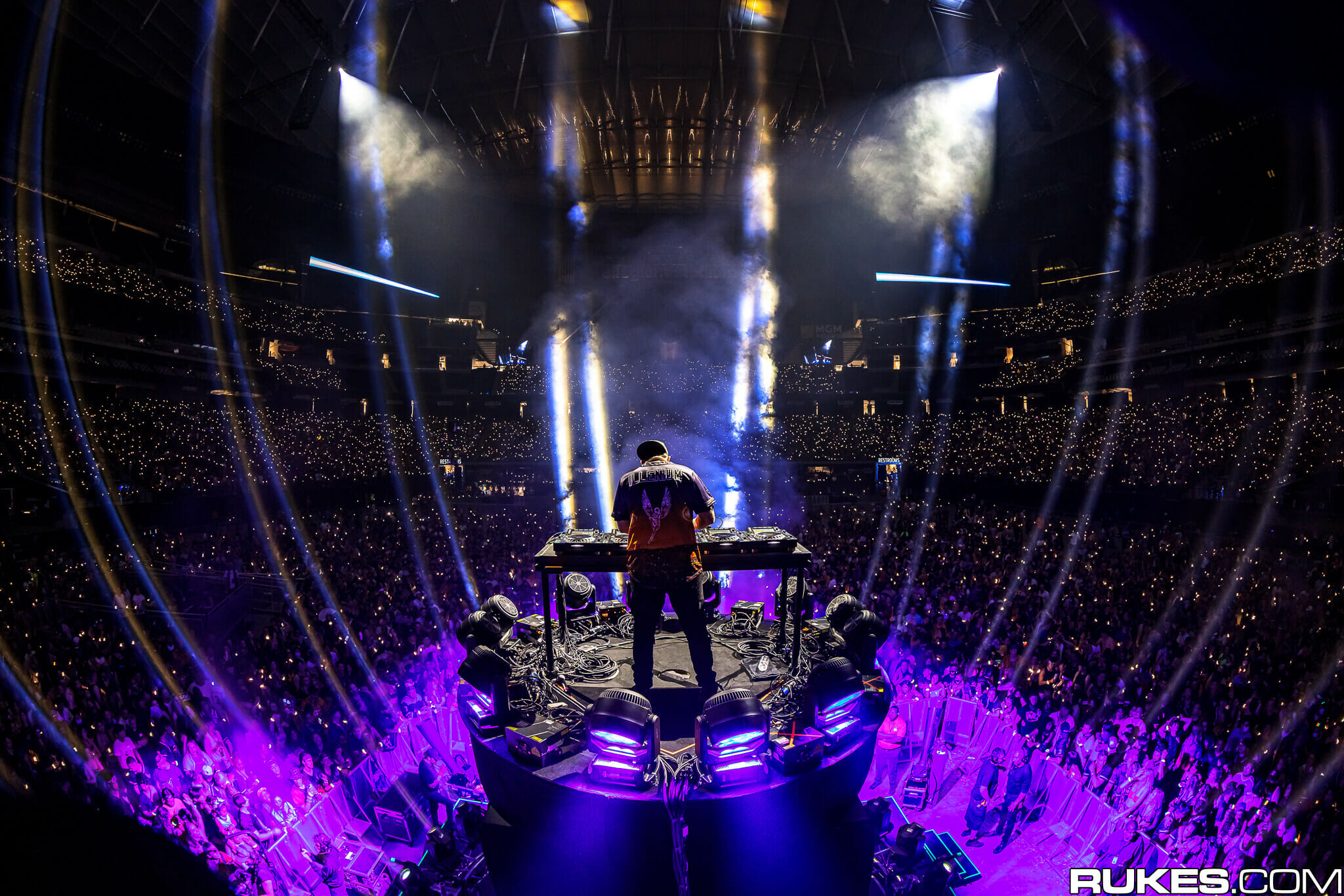 Out with Ashes, Awake, and Ascend, and in with Fallen Embers. The day has finally come for ILLENIUM to transcend the triad—which was sent off with a history-making farewell performance inside Las Vegas’ Allegiant Stadium—and pen a new narrative of the phoenix.

Before any concrete evidence surrounding a possible Ascend successor was ever publicly known, we figured that the newest 12Tone Music signee had an planetary broadcast waiting in the pipeline, and as such, considered it a safe bet to place ILLENIUM’s name in Dancing Astronaut‘s most-anticipated projects of the coming year ahead. That panned out.

Preceded by six singles that each respectively presented a lucid peer into his next musical phase’s core directive, “Nightlight” with Annika Wells, “Paper Thin” with Tom DeLonge, “Hearts On Fire” with Dabin and Lights, “First Time” with Iann Dior, “Sideways” with Nurko and Valerie Broussard—one of Dancing Astronaut‘s favorite IDs heading into 2021—and ultimately, “Heavenly Side” with Matt Maeson, ILLENIUM’s Fallen Embers amassed an illimitable degree of excitement across the previous 11 months, and rightly so.

It was overt from the get-go that Fallen Embers was going to be ILLENIUM’s most mature and advanced body of work of his four, taking the full plunge into the rock-meets-pop-meets-melodic bass locution that’s increasingly submersed his music since Ascend. All eight non-singles evenly match—if not outpace, at times—the originals that helped navigate the way to the LP’s unveiling, with each of three IDs from ILLENIUM’s mini-preview section of TRILOGY living up to how gallant they were as they drowned the Allegiant Stadium airwaves, including “Blame Myself” with Tori Kelly, “Brave Soul” with “Emma Grace,” and a fittingly branded reassembly with both Said The Sky and Rock Mafia, “Crazy Times.” On paper, however, the two most incontestably desired album cuts were the star-studded numbers that ILLENIUM welcomed live on the Ubbi Dubbi mainstage: “In My Mind” with HALIENE and Excision—which renewed his collaborative relation with both artists—and “Lay It Down” with SLANDER and Krewella. Both live up to each ounce of the earlier, in-person presentation.

Spanning 14 inclusions—with further singer-songwriter lift from Sasha Sloan, Nothing,Nowhere, and Natalie Taylor that, of course, cannot go unmentioned—Fallen Embers is an estimable, emotion-soaked doorway into ILLENIUM’s fourth era, a 360-degree scope of what he conceptualized for his album’s rebirth-inspired headline and his first full-length step outside of the “A” trilogy.

Stream Fallen Embers in its entirety below.