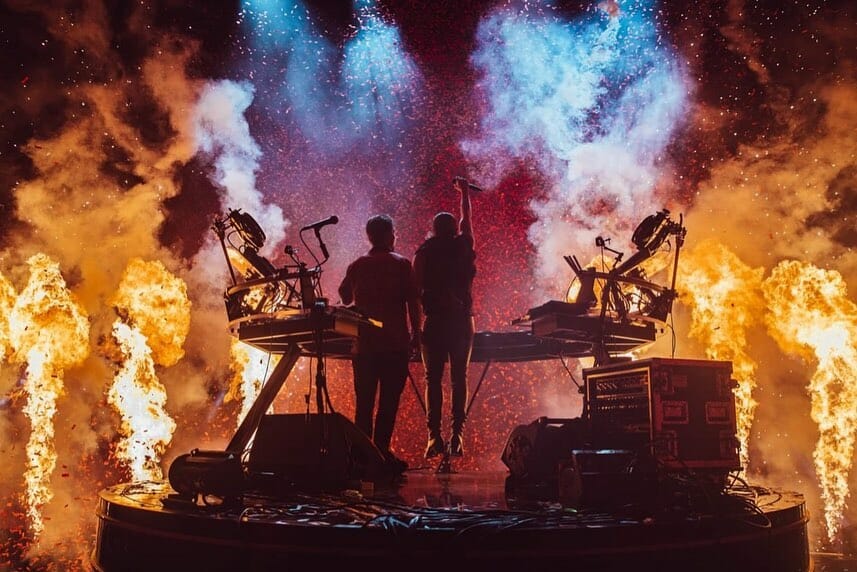 Kygo and X Ambassadors team up for ‘Undeniable’ hit

Kygo’s Banc of California Stadium show in the heart of Los Angeles was riddled with guests, and from Parson James, Valerie Broussard, The Chainsmokers, and Ryan Tedder, the list of performers was a who’s who of names. But in the middle of all the previously released records was a new unreleased gem featuring Sam Harris of X Ambassadors. Kygo’s introduction of Harris and their subsequent live performance of their surefire hit “Undeniable” came as a surprise to everyone who attended the star-filled evening in Southern California.

Since X Ambassadors teamed up with ILLENIUM for 2019’s “In Your Arms,” from of the latter’s Ascend album, it seemed only natural for the alt-rock band hailing from Ithaca, New York to pair with more producers in the dance music community. There are few bigger names than Kygo, and with previous collaboration with some of rock’s biggest names like Imagine Dragons and OneRepublic, X Ambassadors are a suitable addition to his catalog. “Undeniable” is quintessential Kygo sound, what with tropical beats and sublime vocals that lead into his signature bubbly drops with vocal chops.

Kygo is prepping for a massive set the Sunday of EDC Las Vegas in the wake of his wildly successful two-hour set at Banc of California Stadium. “Undeniable” is the third release for the Norwegian in 2021 following “Love Me Now” featuring Zoe Wees and “Gone Are The Days” featuring James Gillespie. Sam Harris and X Ambassadors recently released their concept album The Beautiful Liar, which was quite a bit edgier than their previous releases. Listen to “Undeniable” below.