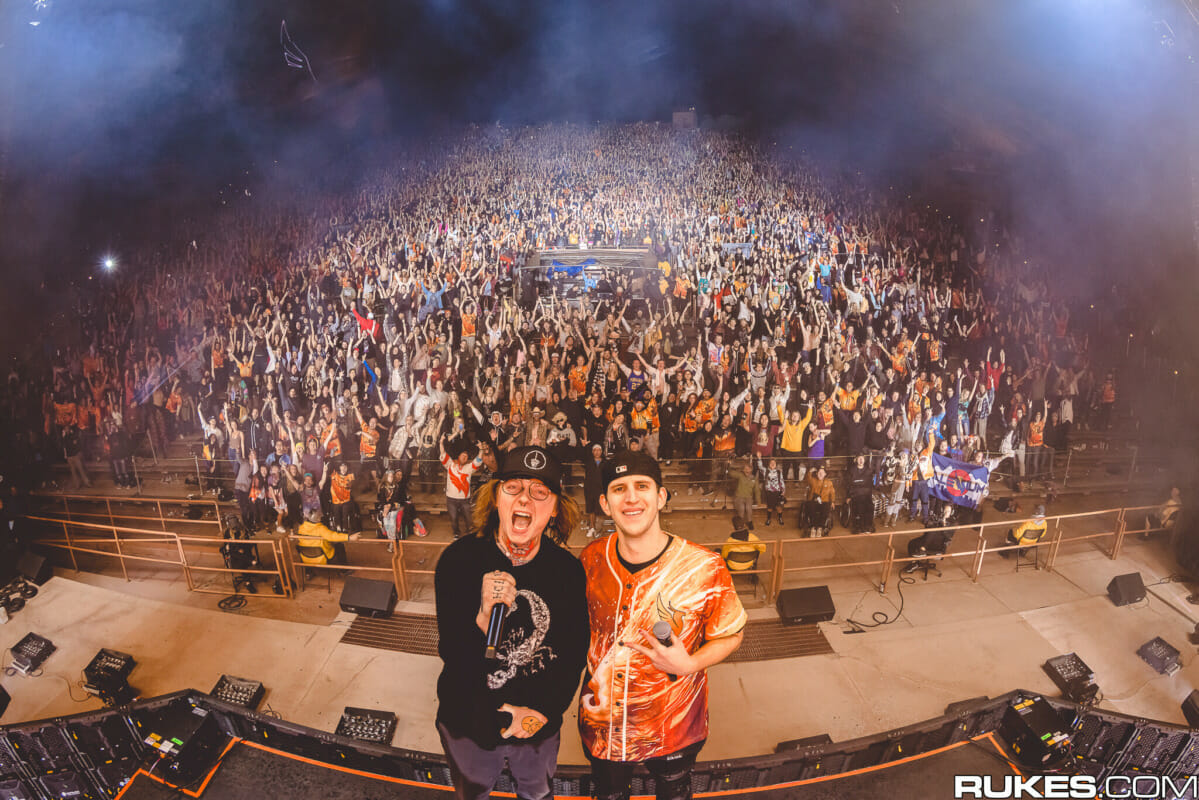 While Sueco may tell a story of disappointment in ILLENIUM’s latest festival-ready anthem, for ILLENIUM fans in 2021, there’s hardly anything to be disappointed about. “Story Of My Life” is simply the cherry on top of an already impeccable year for the now Grammy-nominated artist. Since the track’s debut at Goldrush Festival in September, fans have been clamoring for an official release. Initially, the track’s feature remained under wraps, though a proper reveal came when Sueco joined ILLENIUM on stage during one of three sold-out nights at Red Rocks in early October. Many were surprised when the song was left off of the Fallen Embers Deluxe tracklist, but it only seems fitting that “Story Of My Life” gets its own moment in the sun after having been ILLENIUM’s go-to closer for much of this year’s latter half.

The single is a flawless blend of pop-punk stylings and ILLENIUM’s bass-heavy tendencies that it’s a logical extension of the rock influences we’ve heard in tracks like “Paper Thin” with Blink-182’s Tom Delonge and Angels and Airwaves, “Losing Patience” with nothing, nowhere, and “Feel Something” with Excision and I Prevail. It’s something we’ve heard with increasing frequency from the Denver-based artist, now leaning more heavily into his punk-rock roots.

The highly anticipated release of “Story Of My Life” comes directly on the heels of a nomination for “Favorite Dance/Electronic Artist” at the American Music Awards and a Grammy nomination for “Best Dance/Electronic Album” for Fallen Embers. It also comes the week of ILLENIUM’s first ever destination festival, Ember Shores, in Mexico where he’ll be playing three sets over the weekend.