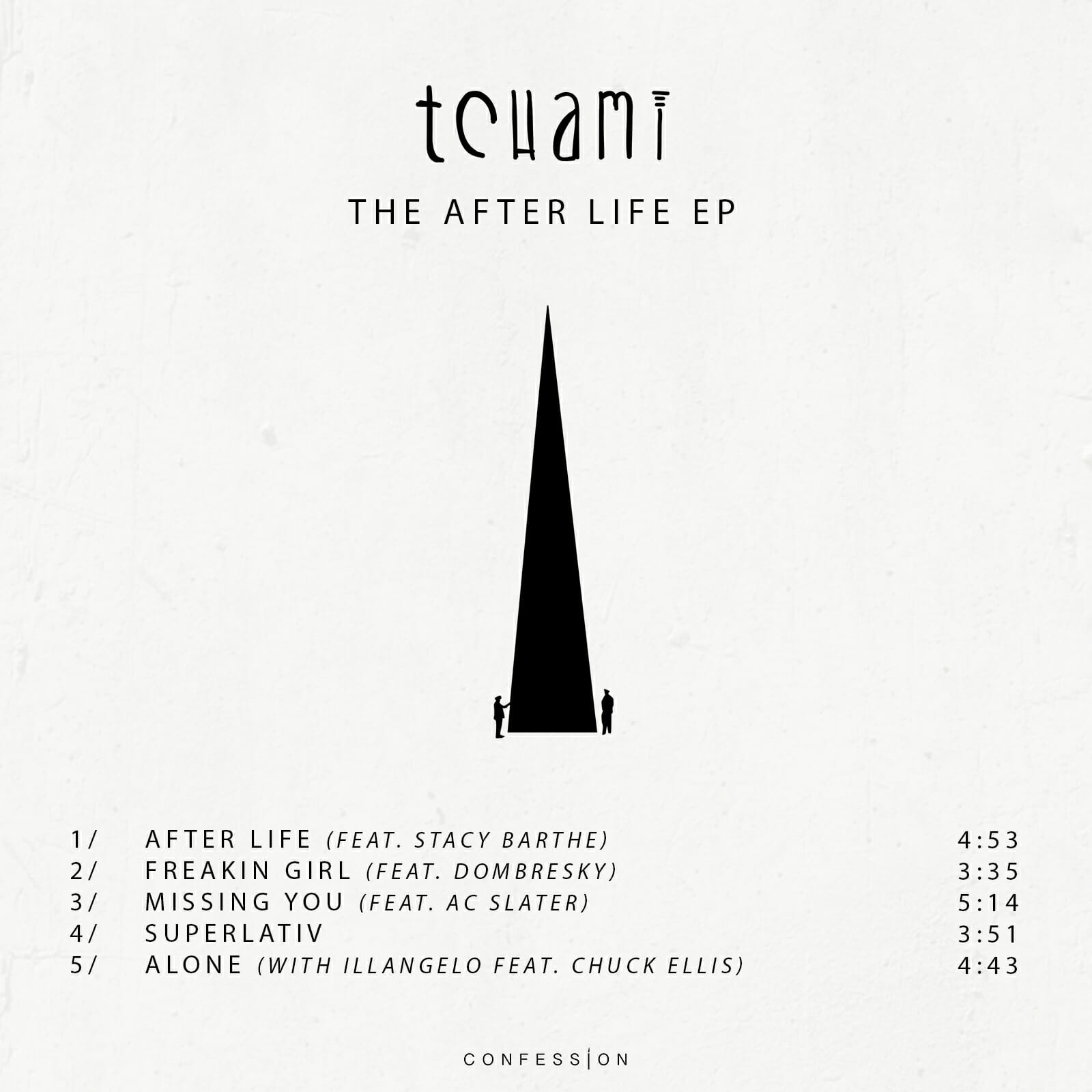 In December 2013, Tchami released his debut EP, Promesses, on Fool’s Gold Records. Two years later, after establishing himself as the predominant pioneer of dance music’s most trending genre, Martin Bresso has released his sophomore EP, After Life on his own Confession label. The album’s lead singles, “After Life” and “Missing You,” have been widely circulated over the course of the year.  While these tracks – which feature input from collaborators Stacy Barthe, AC Slater and Kaleem Taylor – adhere to Bresso’s signature style of high energy future house, he uses the rest of the EP as a chance to venture into new creative avenues, while still maintaining many of the motifs that typify the Tchami brand.

Of the previously unreleased tracks on After Life, his collaboration with fellow future house producer Dombresky, “Freakin,” is the only that resides in the vein of his classic sound. Tchami and Dombresky fuse hyperactively elaborate synth patterns with melodic piano and soulful vocal chops to execute a vibrant future house archetype.

Where Bresso begins to branch out from his typical style is in the starkly oppositional tracks “Alone” and “Superlativ.” For “Alone,” Bresso recruits R&B focused producer Illangelo to create the softest song of his career thus far. While Tchami incorporates a driving rhythm and subtle bass line midway through the track, “Alone” centers around melancholic melodies, lush atmospheres, and the wistful tenor crooning of vocalist Chuck Ellis.

Antithetical to “Alone” is “Superlativ,” the sole track on After Life in which Tchami enlists no outside influences. “Superlativ” begins as a misleadingly mellow track, with lightly detuned melodies before erupting into vicious flurry of growling bass and sporadic rhythms.

As Martin Bresso assumes a curatorial position as the figurehead of his rising label, it’s refreshing to see that his output as a creator has no indications of slowing; And with the new directions he’s begun to adapt with “Alone” and “Superlativ,” it will be intriguing to see how Tchami’s musical evolution will manifest itself in 2016.