15 acts that define Coachella’s undercard in 2019

The release of Coachella‘s lineup is a highly anticipated event every year, with fans attentively looking out for their favorite acts and fresh new talent amid the festival’s legendary annual billing. Aside from the drama surrounding Kanye West‘s departure from his headlining slot, the festival released their full lineup to considerable fanfare this year. Presenting one of the most diverse and electronic-heavy lineups in recent memory, Coachella has drawn both praise and criticism for their underground selections and electronic skew.

With such a deep pool of electronic acts, this list is a guide to the most crucial sets from the bottom portion of the Coachella lineup. From the debut of techno newcomers to emerging producers and vocalists, Dancing Astronaut has selected the fifteen undercard acts that you can’t miss at Coachella this year.

Known for his truly inspiring live sets, Four Tet consistently amazes crowds with thoughtfully curated shows in intimate venues, while also adapting his invigorating performance for larger festival audiences. Striking a balance between analog and digital, between funky and rigid, crisp and distorted, Four Tet displays his mastery of sound and space with every set he plays. The highest billed artist on this list, this show will please everyone from casual house and techno fans to audio aficionados, without sacrificing creative ambitions and impulses.

Singer, songwriter, and producer Rosalía released her sophomore album, El Mal Querer, at the tail end of 2018. Following up her mostly flamenco-leaning debut, Rosalía embraces textured electronic production behind her vocals, drawing comparisons to James Blake, Sampha, Blue Hawaii, and more. With her powerful voice, intensely executed choreography, and top notch production, Rosalía is a star on the rise, taking on what may be the largest performance of her career this April.

Few know their way around sound design like SOPHIE — a true master of eclectic electronica. Her groundbreaking album, Oil Of Every Pearl’s Un-Insides was a breathtaking evolution of her signature experimental sound, taking listeners on a wild ride across its nine tracks and eventually leading to her making Grammy history as the first transgender woman to be nominated for the honor. It was a true culmination of years spent exploring different soundscapes, and shows off a mature artist primed to continue leading the charge in her creative realm. Catch her on Friday for what’s set to be a hauntingly brilliant live performance.

While Grammy-nominated artist Jon Hopkins needs no introduction, the depth of talent on Coachella’s lineup makes it easy to miss even the most impressive of names. Infusing his live sets with synths and a variety of gear, Hopkins’ house and techno is filled with textures and subtleties that have gained global recognition. With an international superstar bringing an acclaimed live set to one of the largest stages in music, this set is guaranteed to bring entrancing vibes to the Polo Grounds.

With a career of performances spanning from Burning Man to Berlin, Tara Brooks is a perfect example of Coachella’s expanding body of house and techno artists. A Desert Hearts veteran with co-signs from Joseph Capriati, Sasha, and John Digweed, Brooks puts forth some of the best that deep and progressive house out there to date. Though an L.A. native, she will bring the experience of the world’s most coveted nightlife and festival scenes to Coachella this April.

It’s a surefire fact that when people saw Idris Elba’s name on Coachella’s lineup most of them went straight for Google. Many articles were written up on the fact that the man who portrayed Stringer Bell, Luther, and Nelson Mandela was going to be spinning beats at California’s biggest festival. CNN actually put out the headline “Yes, Idris Elba is playing Coachella” no doubt to many clicks. The fact of the matter is DJ Big Driis has been spinning for a minute — since he was 14, actually. He told Dancing Astronaut not only about his strife balancing his image as an actor and sexiest man alive with his passion for dance music back in 2017. Though it may be unbeknownst to many, Elba has collaborated with Fatboy Slim, was remixed by Pete Tong, and remixed Skepta. Far from his first major appearance, the 007 prospect made his mark in Ibiza, Atlanta, played Glastonbury festival, and has his sets on YouTube. He’s got that English charm, major relevance across multiple fields, and the skills to back it all up. Besides, it’s Idris Elba — you don’t need us to tell you to go see him. 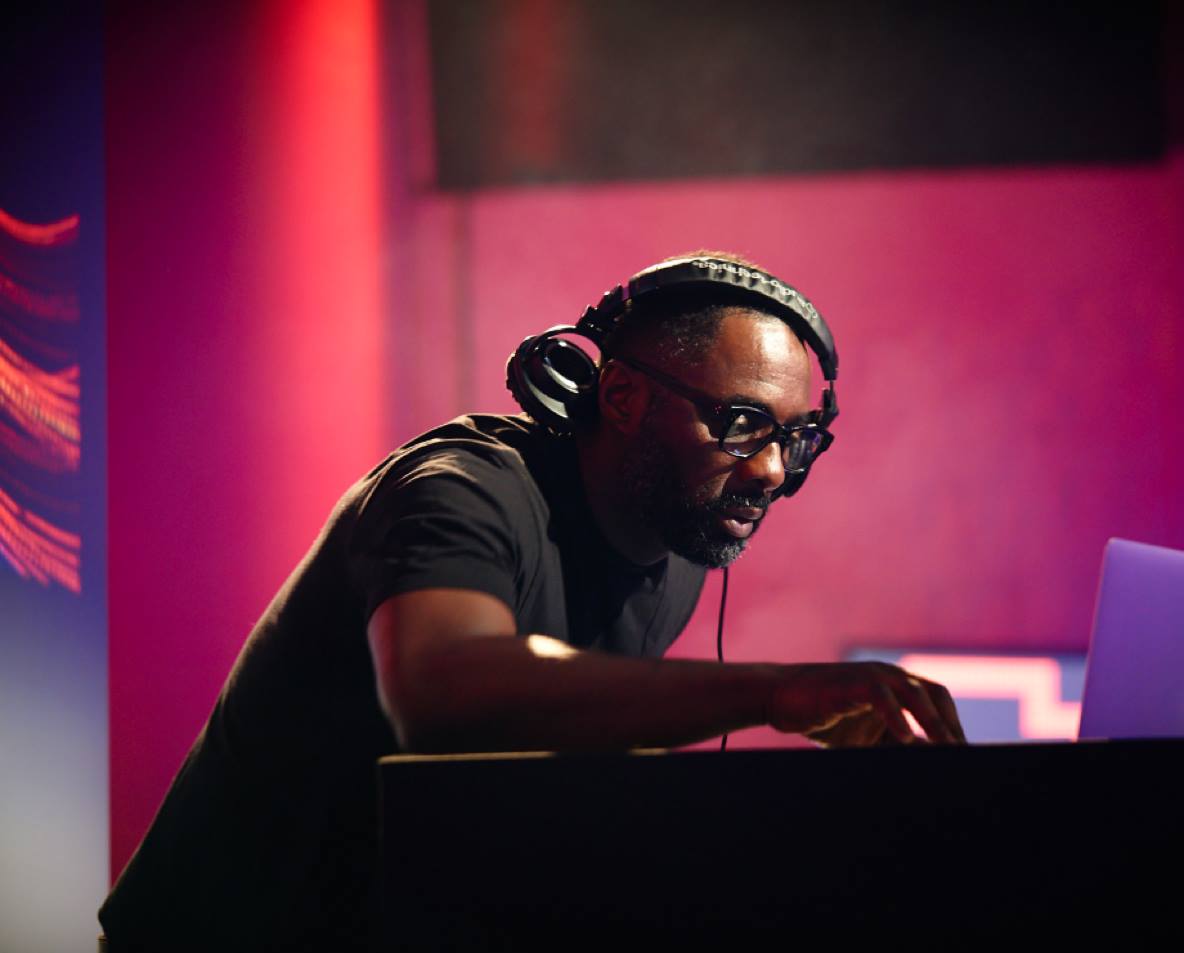 Deep house and indie dance aesthetics intermingle with polished precision when Nora En Pure takes the decks. A melodic songstress, the South African phenom smoothly crafts live sensory experiences that invite attendees to delve into deeper house territory alongside the renowned producer. Nora En Pure’s catalog conveys her seemingly magnetic gravitation downwards to the lower boundaries of house music. It is with unparalleled finesse that the Don’t Look Back producer lifts her listeners from these deeper house stylings, to provide contrast in the form of airy, mellow sonic constructs that showcase Nora En Pure’s versatility, and the effortlessness with which she seamlessly bridges the ‘dark’ and ‘light’ tonalities of her music. Dulcet and fluid in the way that it unfurls, a Nora En Pure set is a Coachella must see.

Back in the 80’s Felix Clary Weatherall, better known as Ross From Friends, had a mobile sound system created by his dad, stationed in a van that bumped beats and toured around Europe, bringing a shared experience to music lovers wherever it wound up. Since his childhood, Ross From Friends wanted to create and connect like his father, through the use of music. However, one can follow in their father’s footsteps for only so long, eventually Ross From Friends carved his own path — one that led to a stage at Empire Polo Club. Only a few years ago Brainfeeder’s head honcho Flying Lotus casually recruited Ross From Friends and gave him the freedom to create with the advice, “make the album you want to make.”

In April of 2018, Ross From Friends released his Aphelion EP, displaying his sonic mobility while defining and fine-tuning his sound. Just four months later he put out his debut album on Brainfeeder, Family Portrait.

The Guardian deemed him “one to watch,” his sound has been compared to Jamie XX, Boards of Canada, and Four Tet. Fly-Lo gave him absolute freedom to astounding results, and that guy just knows. Whether the pull is musical curiosity or the desire to see an artist that is in the process of blooming, Ross From Friends’ performance at Coachella should not be missed.

In 2018, Burna Boy went from local Nigerian treasure to a global phenomenon. Dropping his major label debut, Outside, on Atlantic Records and nabbing a feature on Major Lazer‘s “All My Life,” Burna Boy has been exposed to a whole host of new audiences. The energetic 27-year-old rhymer is making sure his presence at Coachella is known, already taking to his Instagram to demand that his name be printed larger because he is an “AFRICAN KING.” Eccentric and talented, Burna Boy is slated to bring down the Polo Grounds with his distinctive Afrobeat style.

French indie-electronic duo Polo & Pan spent much of 2018 on the road, with two US tours and gigs around Europe and the Middle East allowing them to fine tune their live show. Coming hot off the deluxe re-release of their debut album, Caravelle, the pair now have a deep body of work to play out to the masses in Indio. With a fleshed out stage set-up coming in 2019, Coachella may be Polo & Pan’s biggest and most impressive show yet.

The French up-and-comer has breathed fresh life into bass music. Her avant-garde sound draws from a multitude of influences and her own classical training, making for captivating original productions and even more infectious live sets. CloZee’s growth has been particularly impressive as of late, where she released her long-awaited debut LP, Evasion, in 2018 and quickly earned slots at a variety of high profile festivals including Bonnaroo, Lightning In A Bottle, and even Coachella. We suspect her return to the Southern California institution will be pumped full of brand new music, and special edits of deeper cuts in her discography.

For house and techno lovers, Europe’s diverse club and festival circuit can leave American fans yearning for talent that often stays on the other side of the Atlantic. A prime example of this is esteemed German DJ Stephan Bodzin – though he tours relentlessly in Europe, playing his gripping techno tunes to engrossed crowds, a US appearance from Bodzin is a rare treat. With pounding bass, a melodic skew, and enough gear to fill an entire studio, Bodzin is set to tear down Indio with his old school style and boisterous swagger for one of his few US shows of 2019.

Since coming onto the scene in 2016, Rico Nasty has blossomed into one of the more colorful and abrasive characters in D.C.’s ever-growing hip-hop scene. Ranging from hard trap music to a punk take on rap, the 21-year-old and her rowdy personality are only boosted with production from Kenny Beats, one of hip-hop’s most in-demand producers of the moment, formerly of LOUDPVCK. With high energy music and a lively stage presence, Rico Nasty’s Coachella performance is a great opportunity to catch some of hip-hop’s finest rising talent.

Denmark-based DJ and producer Kölsch has built a path for himself by adding a melodic twist on four-to-the-floor techno production. Having graced the main stages of much of Europe’s techno festival scene and played a DJ set atop the Eiffel Tower, Kölsch has a deep catalog of work, most recently including his 2018 joint EP with Tiga. Bringing his anthemic sound to Indio, the Danish DJ’s set is sure to be one of many stellar techno performances headed to Indio this spring.

Bridging the gap between electronic and indie music, Superorganism defy genre in a completely unique way. Using a mix of harmonic vocals, distinctive sampling techniques, and electronic instrumentation, the band is sure to make an impression on any audience. Whether it’s jamming out on a funky synth or blowing bubbles through a straw, every track will be packed to the brim with intriguing textures. Check out their Tiny Desk Concert to get a taste of the creativity to come at the band’s Coachella debut.