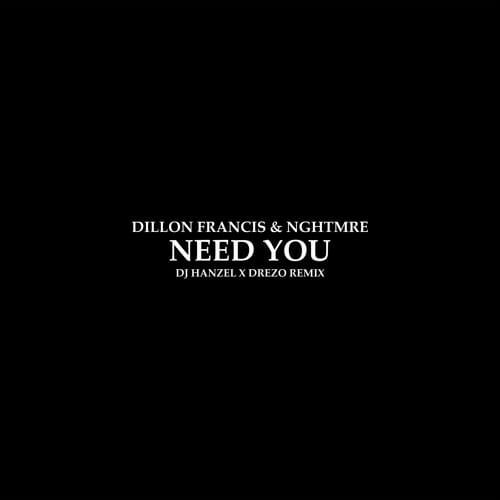 Listen to DJ Hanzel & Drezo’s remix of ‘Need You’

Since Dillon Francis first introduced his German alter ego, fans have been eagerly awaiting a full-fledged production that would define the ‘one deeper’ mantra which the genre-snobbing personality preaches. Following a rare performance at this year’s Imagine Festival, DJ Hanzel is finally ready to make his debut release with a collaborative remix alongside Drezo of Dillon Francis and NGHTMRE’s “Need You.”

Boasting a vicious blend of pummeling kicks, gargling basslines, and sharp tech accents, the two producers rely solely on energy from the low end to propel the remix forward.

In addition to the remix, DJ Hanzel and Drezo are releasing a sole vinyl of their debut original, “Anxiety,” that has been roaming around the Internet since last year. The single vinyl is up for auction on Ebay with proceeds going to VH1’s Save The Music Foundation.

You can bid on the “Anxiety” record here.

Dillon Francis returns to Diplo and Friends, brings DJ Hanzel along for the ride