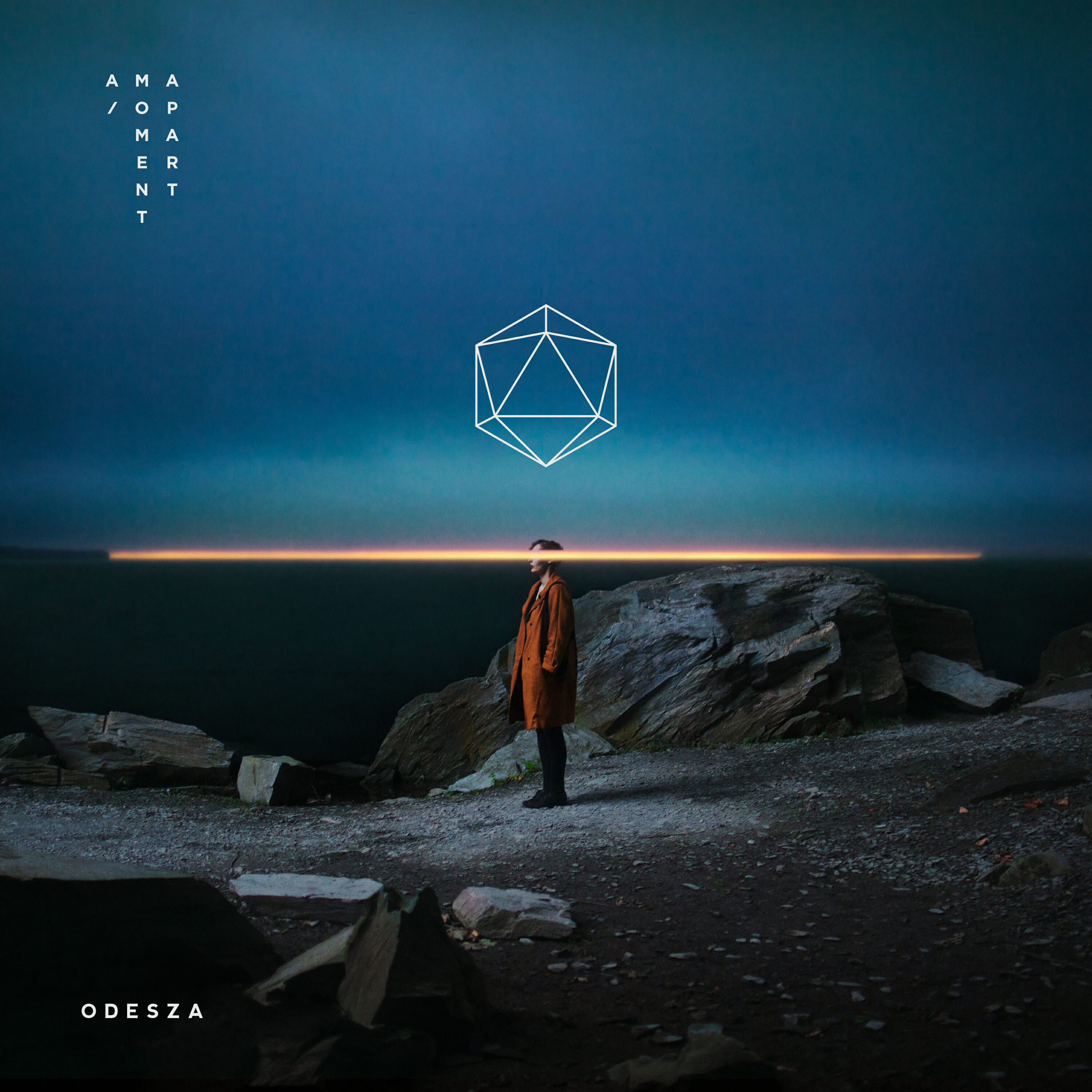 Tomorrow marks exactly three-years since ODESZA released their second LP, In Return. Today, Sept. 8, Harrison Mills and Clayton Knight have stepped out of the woodwork for their third full-length album, A Moment Apart, out on their Foreign Family Collective imprint.

The relentless touring that followed ODESZA’s sophomore LP gave way to rainy Seattle studio sessions in the winter of 2016, with finishing touches being made earlier this spring. The result is a 16-track treasure trove of indie-electronic gems that represents ODESZA’s artistic evolution and their penchant for raw experimentation.

“This newest album, I think, is a lot more about growth and progression and maturity. I don’t think we’re trying to reinvent the wheel, its really just about us pursuing our sound to the fullest,” Mills revealed in a recent interview.

Building upon their Pacific Northwest folk-inspired sound, ODESZA’s A Moment Apart plays with weighted atmospheres and shimmering synth lines while invoking familiar feelings of nostalgia, optimism and hope. “We kind of rediscovered [our] sound, in a sense, and reconnected to it,” says Knight, “It has flavors of what was, but is also something new and progressive.”

The album, is without a doubt, a statement that ODESZA’s dynamic range is worthy of pop mainstream attention. Only time will tell, but there are two thematic qualities as to why the LP works so seamlessly: close attention to form and genre, and a dedication to organic experimentation.

What is immediately evident off the Seattle-based duo’s humble masterpiece is its stunning ingenuity and its delicate balance between the ebullient and ethereal, from it’s dreamlike melodies and glitchy sun-kissed vocals to it’s crunchy drums with their large sweeping bass lines.

Take the album’s first couple of instrumental tracks, “A Moment Apart” and “Boy,” which ODESZA has been teasing in their live sets since early spring. The tracks stand as the instrumental launching pad for blasting off into ODESZA’s rich, corporeal sound – one which collapses both time and space dimensions – wrapping the listener into a cocoon of emotional longing for what was, what is, and what has yet to come.

As the album progresses, a clear picture is painted. A story begins to emerge in sound. Rather than making a statement of longing for summer, as with their previous Summer’s Gone LP in 2012, Mills and Knight bring listeners with them on an emotive, cyclical journey through the four seasons.

The album’s twelfth track, “Thin Floors and Tall Ceilings,” resembles the dark, rainy winters of the Pacific Northwest, while, at the same time, expressing a longing for summer, all packaged into one chilling ballad. With indecipherable synthesized vocals, which sound as if they’ve been rinsed through an old phonograph, the top lines slowly build over a powerful string section and pulsating timpani drums.

“Cuidad,” the following track, carries with it the warmth and glowing fervor of summer, with it’s more scattered tempos and upbeat appeal. The result is a playful track that is simultaneously lighthearted and fun while being both dark and daring, uplifting and, at times, melancholy.

Speaking to Dancing Astronaut on the LP’s development, Knight referred to A Moment Apart as the full embodiment of the seasons in Seattle, noting how location has an immense impact on their sound:

“Seattle is known for it’s kind of rock and folk and kind of indie scene so a lot of those elements make it into [our] music. And this album specifically is very organic and I think we were trying to hold on to more organic instrumentation and I think that is due a lot to where we come from.”

A Moment Apart is chock so full of rich narratives, and pulls from so many complimentary genres that one can easily see how they all come together into a seamless story arch. Chalk it up to Clay and Harrison’s expert understanding of form as well as their dedication to integrating live instrumentation while on tour, which includes their Northwest-bred band – complete with a crisply rehearsed drum line, a horn section, and lead guitarist and old college buddy, Sean Kusanagi, who also doubles as their filmmaker.

The album’s very organic, very introspective nature actually belies the raw energy of ODESZA’s consistently sold-out live shows. This live ethos cuts across the new album in dynamic, layered songs with raw overtones and cinematic appeal, such as the RY X-assisted track, “Corners Of The Earth,” the instrumental track “Meridian,” and the all-Spanish ballad featuring The Chamanas “Everything At Your Feet.”

Time and again, Mills and Knight have shown deep drive and humility for working with others. Indeed, the entire assemblage of work is filled with radio-ready hit collaborations with the likes of Russian pop-folk sensation, Regina Skeptor, and the reigning “King of Soul,” Leon Bridges.

Clay and Harrison have admitted that they prefer to work with lesser known names for how they aren’t tied down to one specific sonic direction and thus more often willing to experiment with their organic soundscapes. Yet, perhaps the album’s most captivating song is the haunting Regina Skeptor ballad, “Just a Memory,” which the boys revealed, after an intimate hotel rehearsal with Skeptor, they completely stripped down the instrumentals to capture the raw energy with which she imbued the hotel room.

While it has received mixed fan reviews, the album’s fourteenth track, “Falls,” is an inspirational, uplifting ditty which fuses dream-pop ingredients with elements of world. With anthemic lyrics that are as palpable as it’s sound design, the track spotlights the smooth, soaring vocals of Sasha Sloan over a gentle horn section and the electronic duo’s signature drum work. Each added sonic layer becomes a new piece of the story that wraps the listener up into new plot lines rooted not in words and lyrics, but inside musical form itself.

A Moment Apart stands as a nostalgic and spiritually-adept magnum opus of lyrical and instrumental sound. It is a collection of tracks that are as euphoric and expressive as they are evocative and substantive. One might, therefore, go as far as to call the album a crowning achievement of ODESZA’s career, in its commitment to both musical convention and organic experimentation as well as in how it ventures to piece together spatial and temporal layers into a larger sonic storyline. Certainly, it is ODESZA’s most narrative endeavor to date. Or, in other words, it is the most nuanced, intentional, and fully-fleshed out project on their resume.

What stands out most about the album, however, is how it is overwhelmingly corporeal. A Moment Apart is, more than anything else, an immersive, embodied, all-consuming exploration of the inner self, one which begins at the ears and delves deep into the psyche, catapulting its listeners into both the happy and hard times, while tapping those universal memories to remind us we are both one and the same. The album reminds us that the human experience is as joyous as it is painful. It is both gritty and soft, both bleak and wildly colorful, cinematic and emotional, imaginative and real, raw, organic, and profoundly resilient.

ODESZA put out a whimsical 11th episode of NO.SLEEP